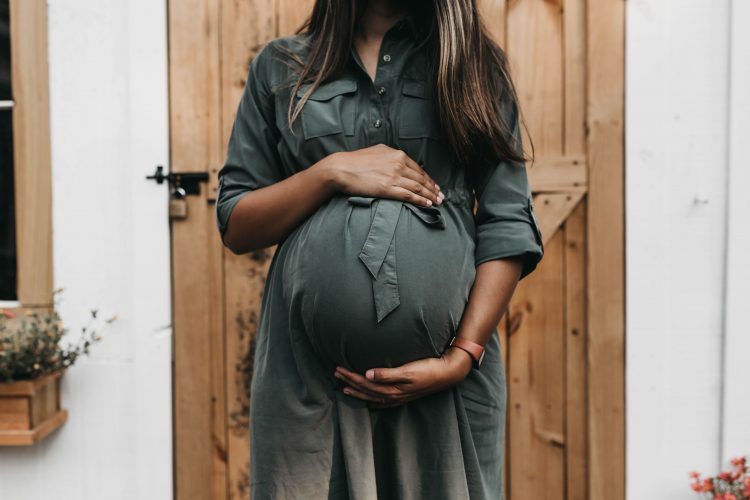 I would be lying if I didn’t say that Trimester went incredibly fast! So fast that I’m currently two weeks into Trimester four and Trimester three seems like a lifetime ago.

Trimester three was a cruel game of waiting.. waiting for bub to make his arrival, waiting for labour to start, waiting for our new adventure to start. I am an impatient person at the best of times, but each day that passed got that little bit harder. Every hiccup, movement and roll made me question if labour was starting, to which most people would inform me “don’t worry, you will know when labour is starting”… turns out they were very very right, but that’s for another post.

Overall I adored being pregnant, as my body continued to change and grow, I too grew. I was lucky to be mostly sleeping through the night, had minimal swelling and fatigue was reserved for the evenings – or perhaps I wouldn’t let it show up until I was home from the clinic.

This was our Trimester three:

Highlights:
+ as the pregnancy progressed our Ob appointments changed from monthly to weekly, which allowed us to see our bub more often. I loved this so so much. Getting to see him through the ultrasound and often in 3D made the anticipation even more exciting.
+ bubs movements increased and changed throughout trimester three, I adored the little chats I would have with him as we drove to and from the clinic, getting to know each other before meeting each other.
+ enjoying the time with Rob while it was just the two of us.
+ swimming! bub and I loved being in the water! Usually, I wait until summer to get into the water, but there was no stopping me this year. I was in during winter (the very end but still) and spring. The moment I was in the water, bub would squish around in my belly. It made me very happy, and I like to think it made him happy too.
+ Rob and I completed the Hypnobirth course with Nat from Prepared to Birth We both really enjoyed the course! Nat was beyond amazing and we met other couples within the course which was brilliant. Highly recommend doing the course if you are nervous about labour, for partners who are unsure of their role, to learn more about what your body is able to do and your own strength.

The lows:
+ the waiting.. so much waiting.
+ getting ready to step back (a tincy bit) from my first baby – the clinic. I found this incredibly hard (and to be honest still do as bub is sleeping next to me, i’m reviewing client notes to check in and see how everyone is doing).
+ the nosebleeds continued… this was by far the most annoying pregnancy symptom that I experienced. They came on when I was too hot, or too cold, or just because … in a consult, driving, cooking they had no restraint.
+ not so much a low but a frustration.. the last few weeks as my belly continued to grow it was hard to keep up with the clothes. I am super grateful the weather was warming and I was out of pants and into dresses.

Dietary Changes: Not much changed here, I did get slightly more hungry though. I actively chose to eat foods rich in iron to anticipate any blood loss in labour and to support bub and I in trimester three. I also increased microminerals, collagen, protein to support healing.

Food cravings / aversions: My love for salt continued (I put that down to my lower blood pressure both pre and during pregnancy).

Supplements: Not much changed here either, I continued my trimester 2, 3 and breastfeeding multi, DHA + choline, Zinc, vitamin D and added iron and a probiotic specific to women’s vaginal flora to support a negative GBS swab.

Medical / tests: There were not many tests done in trimester three, the main one was the GBS vaginal swab. This was done in my Ob office and came back negative. I also went for an extra scan at 39 weeks as bub was looking a little bit big in the ultrasound… and they were not wrong with this one! but that’s for the next post.