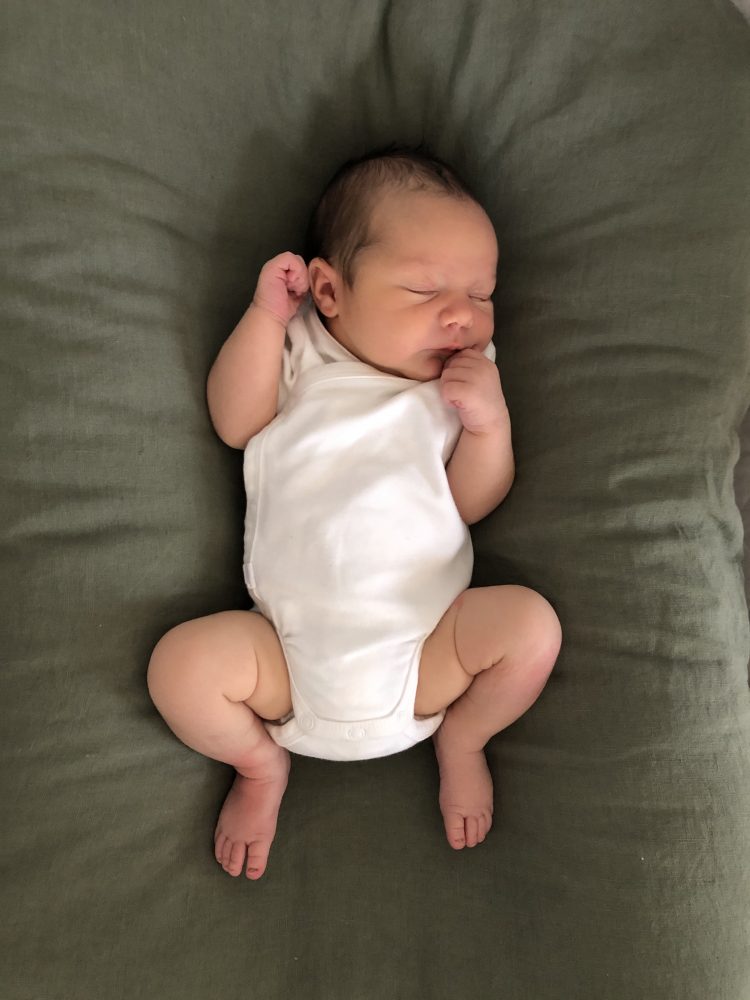 “Today is the day that you will meet your baby”, the one line from hypnobirthing that Rob and I kept saying to each other as our due date approached…

For everyone that knows me, I like to plan. We had planned out our year of preconception wellness, planned my cycle, planned conception, planned the meals and supplements and support throughout the pregnancy and I knew I wasn’t going to be able to plan for labour but I had hoped it would have taken a slightly different path.

I had four goals for our birth :

1. Have the day that we meet our baby, that he was safe in our arms.
2. That I was safe and in his and Robs arms.
3. That Rob was supported throughout the process and beyond.
4. To learn and experience what my body was capable of.

I had my usual 39 week check up, in the Ob office bub showed he was 3.3kg, however, I needed a more detailed scan so that afternoon I was told he is closer to 4kg  – but there is a 15% error rate. I decided in that moment that Dr Ruffs reading was the more accurate one … I would later learn that it was not the more accurate reading.

I lost my mucous plug 2 days later on a wet Sunday morning as we were getting ready for a friend’s birthday lunch. I was getting some cramping after, but nothing too serious so we went along to the city – with our hospital bag in the car just in case. That evening everything settled down and so the waiting game continued.

The following Friday I woke up thinking I had wet myself, just damp undies.. pants and sheets were fine so I didn’t think much of it. Luckily I had an Ob appointment that morning as I was rather unconvinced it was anything. A quick check and we were off to the hospital to see if it was indeed wee or if my waters had broken – waters it was, a partial break – and so off we went, home to labour (woohoo!). My Ob gave me two options, we can labour at home until but we needed to come back to the hospital the next day and we would talk about induction on Sunday or we can extend and bub and I would both need IV antibiotics.

Back home we had a late lunch, took Piper for a walk, started a movie when my contractions started. “Today is the day you will meet your baby” we said to each other and off to bed I went, hypnobirthing tracks in my ears, eye mask on and got ready for the zen. Rob made a batch of our Labour Aid to keep me hydrated, and little snacks for me to nibble. By 10pm contractions were strong, Rob filled a bath for me and the pure magic that happened when I got in..let’s just say, I refused to get out. I laboured in the bath for a few hours, before the water got cold, I feel asleep on there and woke up to find the sun was up, I was cold and there were no more contractions. I dragged myself out of the bath and went to bed to get some sleep.

The next day it was the same, discomfort in the day, intense period pain in the afternoon, contractions in the evening, nothing in the morning. I was able to sleep around 6 hours, I felt that my body was letting me rest before a big day – I was right.

(This is from my perspective, which at two weeks out I have already forgotten some of the experience. Rob’s experience was very different from mine. I am beyond grateful that he was by my side, my advocate. Towards the end things got scary and he watched over both bub and I. There is no one else I would rather experience this journey with)

We had decided to go with induction, bub was at risk for infection with my waters breaking 2 days before and I wanted to avoid IV antibiotics for him as much as possible.

8.30am and we were back at the hospital, opened the doors to the delivery ward to see our midwife there opened arms! Turns out that Steph, a friend from high school and who I hadn’t seen in 10+ years was there in her scrubs ready to welcome us. I was beyond excited to have a familiar face there with us, someone who knew both Rob and I, we were in great hands.

9.30am – the induction started. Dr ruff came in to start the process, he did laugh at me when I was more worried about the cannula going into my arm more than labour its self. It is also the last time that day that I paid attention to the time. The rest of the day hours didn’t matter until the end, I knew where the clock was but I chose not to look at it.

Active labour started shortly after, I was giggles and smiles for quite a while longer though. We spent that time talking with each other, Rob making sure I was snacking and staying hydrated. Steph, moving items in the room so I was comfortable. I knew I didn’t want to be on the bed but it was amazing to lean on, hold while squatting down or even hide behind when I wanted to go inwards for a contraction. My waters completely broke while I was on all fours mid contraction, there was no confusing this one.. I couldn’t stop laughing which meant more fluid would come out which would make me laugh more, it was quite the messy cycle.

It was evening now when things took a turn… throughout the process, we were told “what you want is for your Ob to stay home” I had told Dr ruff that I didn’t want to see him until the final moment, and yet he was coming in every couple of hours and towards the end every hour and then staying in the room. I knew things weren’t going the way I hoped for but I was grateful to have him there.

Bubs heart rate was dropping, it was dropping in each contraction – he was tired, oh god I was tired, 3 days of labour and bub still wasn’t here. The contractions were intense but the pressure on my pelvis, that was something else. I was in the bath when I knew I needed help, I would like to say I gracefully asked for an epidural but no, I begged over and over for one. 30 minutes later it was in, but it wasn’t helping (turns out there was a bend in the tube which is why I wasn’t getting much relief). Dr Ruff came in to check my dilation and I was at 9cm from there everything happened incredibly fast!

I was on my back on the bed (something I was trying to avoid) and I was pushing…I could feel bub moving down, I was excited, nervous, and in complete awe of what my body and I were doing. I didn’t notice until after but the room started to fill with more doctors, specialists and midwives. What started as Rob and I with our midwife, ended with 9 other people in the room.

Bubs heart rate continued to drop, and my Ob started to get more concerned. Things needed to hurry. Bub needed help, I needed an episiotomy (something else I wanted to avoid). Still, bub did not make his arrival, so next was a vacuum. The pulling sensation was something else, sadly the vacuum popped off (and tore bubs skin) which I thought meant he was out – and relaxed a little bit, to which I had a lot of people in the room telling me to push harder. Someone ran out of the room, returning with forceps. Lots of screaming later, mentally telling the person next to me to F*%^ Off for telling me I wasn’t pushing – and lots of pushing and bub was out at 10.09pm and on my chest. He was only there for a second before the cord was cut (something I really really didn’t want, I had always hoped for at least 3 minutes of delayed clamping to allow bub to enjoy all that extra blood and iron). He was pulled away from me and needed special attention while I was being stiched up, both from the episiotomy and tearing naturally. Rob jumped between us, I could see the worry on his face and I was stuck on the table.

After what felt like hours, we were reunited. Bub was on my chest and feeding, Rob next to us with the biggest smile on his face. We stayed there like that for an hour or so before It was time for me to have a shower, that glorious moment! As I stood up and took a few steps, I was out – I blacked out and woke up with a midwife and Rob on either side of me, I was naked on the floor. Needless to say the shower would have to wait. We were off to the ward for some rest and to stare at our beautiful boy.